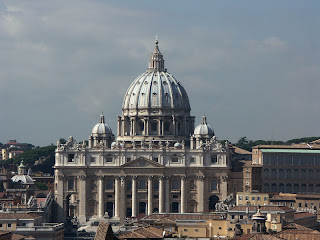 The Station for the Saturday of Ember Week is always at the great basilica erected by Constantine and rebuilt by the Popes in the sixteenth and seventeenth centuries on the hill of the Vatican on the spot where St. Peter died on the cross and where his body rests. Besides the Gospel is about the Transfiguration of which St. Peter was the chief witness.


It was in this basilica that ordinations took place, preceded, during the night, by twelve lessons of which we have a trace in those occurring in the Mass for to-day. The Introit verse alludes to this nocturnal vigil: "I have cried in the day and in the night before Thee." 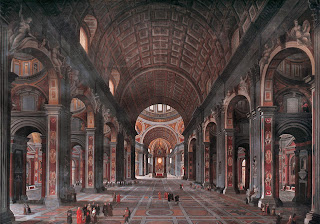 Like the Apostles selected to be present on Mount Thabor, at the manifestation of the divine life of Jesus (Gospel), the new Priests will ascend the steps of the altar to enter into communication with God. It is they who in His name will exhort us to prayer, to patience and to charity. If we abstain during Lent from even the appearance of evil, our souls and our bodies will be preserved unstained for the day of the eternal Pasch, when Christ (Epistle) will allow us to participate in the glory of His Transfiguration for all eternity.

Let us pray to God to fortify us with His blessing so that, during this Lent, we may never depart from His holy will (Prayer over the People).

Intret oratio mea in conspectu tuo: inclina aurem tuam ad precem meam, Domine. * Domine Deus salutis meae: in die clamavi, et nocte coram te.
Let my prayer come in before Thee: incline Thy ear to my petition, O Lord. * O Lord, the God of my salvation: I have cried in the day and in the night before Thee.
(Psalm 87:3,2 from the Introit of Mass)

Fideles tuos, Deus, benedictio desiderata confirmet: quae eos, et a tua voluntate numquam faciat discrepare, et tuis semper indulgeat beneficiis gratulari.
May the blessing so desired confirm Thy faithful, O God, causing them never to depart from thy will, and ever to rejoice in Thy benefits.
(Prayer over the People)

Catholic Encyclopaedia on Ember Days: http://www.newadvent.org/cathen/05399b.htm
Posted by davidforster at 00:30