Monday of the First Week in Lent

Monday of the First Week in Lent 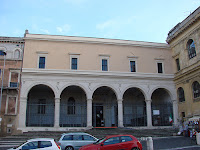 The Station is in one of the most ancient Roman basilicas built by the Empress Eudocia, where the chains worn by the prince of the Apostles, to whom Jesus confided His flock, are kept. In the fifth century it was one of the twenty-five parishes of Rome.

The Epistle, alluding to the penitents about to be reconciled at Easter and to the catechumens preparing for baptism, says that the Lord is the Shepherd who comes to seek His lost sheep. And the Gospel tells of the separation that this Shepherd will make for ever between the sheep and the goats, or between the good who repent and give themselves up to works of charity and the sinners.

Let us ask God to prepare us by "this Lenten fast" (Collect) to be loosened from the bonds of our sins" (Prayer over the people) by virtue of the power of Peter, who was delivered from his chains. 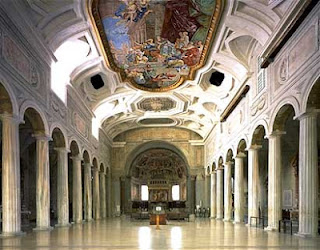 Sicut oculi servorum in manibus dominorum suorum:  ita oculi nostri ad Dominum Deum nostrum, donec misereatur nobis: miserere nobis, Domine; miserere nobis. * Ad te levavi oculos meos: qui habitas in coelis.
As the eyes of servants are on the hands of their masters: so are our eyes unto the Lord our God, until He have mercy on us: have mercy on us, O Lord, have mercy on us. * To thee have I lifted up my eyes: who dwellest in  heaven.
(Psalm 122:2 from the Introit of Mass)

Converte nos, Deus salutaris noster: et, ut nobis jejunium quadragesimale proficiat, mentes nostras caelestibus instrue disciplinis.
Convert us, O God our salvation, and that the Lenten fast may be of profit to us, instruct our minds with heavenly discipline.
(Collect)
Posted by davidforster at 00:30