6th August, The Transfiguration of Our Lord

The Transfiguration of Our Lord 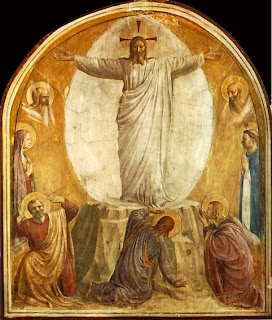 The feast of the Transfiguration of Jesus had long been solemnized on August 6, in different churches of the East and West. To commemorate the victory which arrested, near Belgrade in 1456, the invading tide of Islam, and which was announced at Rome on August 6, Callistus III extended the feast to the whole Church.

It is the feast of many churches under the title of St. Saviour. This is why Pope St Pius X raised it to the rank of double of the second class, for it is the old title of the Cathedral of Rome, St. John Lateran, formerly called the Basilica of St. Saviour (see November 9th).

Illuxerunt coruscationes tuae orbi terrae: commota est, et contremuit terra. * Quam dilecta tabernacula tua, Domine virtutum! concupiscit et deficit anima mea in atria Domini.
Thy lightnings enlightened the world : the earth shook and trembled. * How lovely are Thy tabernacles, O Lord of Hosts! my soul longeth and fainteth for the courts of the Lord.
(Psalm 76:19 and 83:2-3 from the Introit of Mass)

Deus, qui fidei sacramenta, in Unigeniti tui gloriosa Transfiguratione, patrum testimonio roborasti, et adoptionem filiorum perfectam, voce delapsa in nube lucida, mirabiliter praesignasti: concede propitius; ut ipsius Regis gloriae nos coheredes efficias, et ejusdem gloriae tribuas esse consortes.
O God, who in the glorious Transfiguration of Thine only-begotten Son didst confirm the mysteries of the faith by the testimony of the fathers, and who by Thy voice from the shining cloud, didst in wondrous manner foreshow the perfect adoption of sons : make us, in Thy loving kindness, we beseech Thee, as co-heirs with Him who is the King of glory, and in that very glory call us in the end to share.
(Collect) 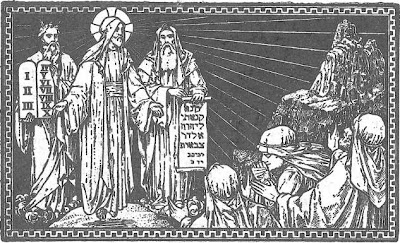 Continuation of the holy Gospel according to St. Matthew.
At that time: Jesus taketh Peter and James, and John his brother, and bringeth them up into a high mountain apart: and He was transfigured before them. And His face did shine as the sun, and His garments became white as snow. And behold, there appeared to them Moses and Elias talking with Him. And Peter answering, said to Jesus: Lord, it is good for us to be here; if Thou wilt, let us make here three tabernacles, one for Thee, and one for Moses, and one for Elias. And as he was yet speaking, behold a bright cloud overshadowed them; and lo, a voice out of the cloud, saying: This is My beloved Son, in whom I am well pleased; hear ye Him. And the disciples hearing, fell upon their face, and were very much afraid: and Jesus came and touched them, and said to them: Arise, and fear not. And they lifting up their eyes saw no one, but only Jesus. And as they came down from the mountain, Jesus charged them, saying: Tell the vision to no man, till the Son of man be risen from the dead.
(St Matthew 17:1-9)

All ye who seek, in hope and love,
For Christ our Lord, look up above!
Where, traced upon the azure sky,
Faith may a glorious form descry.

Lo! on the trembling verge of light
A something all divinely bright!
Immortal, infinite, sublime!
Older than chaos, space, or time!

Hail, thou, the Gentiles' mighty Lord!
All hail, O Israel's King adored!
To Abraham sworn in ages past,
And to his seed while earth shall last.

To thee the prophets witness bear;
Of thee the Father doth declare,
That all who would his glory see,
Must hear and must believe in thee.

To Jesus, from the proud conceal'd,
But evermore to babes reveal'd,
All glory with the Father be,
And Holy Ghost, eternally. Amen.