The Sequence Laetabundus, for the mass of Christmas, is not found in the Tridentine Roman Missal. It was found in all the Gallican Missals, including those of France, and the English Sarum Usage; and is also in the Dominican and Carmelite Missals.

For a long time it was thought to have been written by St Bernard: but Dom Gueranger notes that he had seen it in a Manuscript of the eleventh century, and consequently it must have been written earlier than the date usually assigned to it. 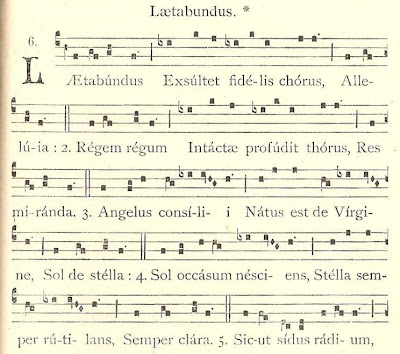 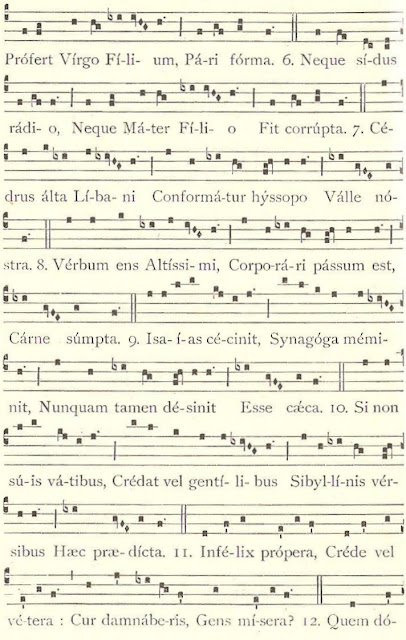