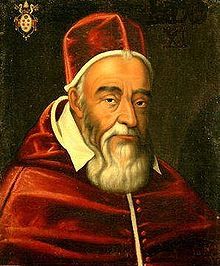 The Tridentine Profession of Faith was promulgated by Pope Paul IV in 1563 as a summary of the infallible teachings of the Council of Trent. It was used thereafter as a Profession of Faith to be made by converts and those holding office in the Church, and is regarded as one of the standard declarations of Faith as held by the Catholic Church.


Translation of the Profession of Faith.

I, N, with a firm faith believe and profess each and everything which is contained in the Creed which the Holy Roman Church maketh use of. To wit:

I believe in one God, The Father Almighty, Maker of heaven and earth, and of all things visible and invisible. And in one Lord, Jesus Christ, the Only-begotten Son of God. Born of the Father before all ages. God of God, Light of Light, true God of true God. Begotten, not made, of one substance with the Father. By whom all things were made. Who for us men and for our salvation came down from heaven. And became incarnate by the Holy Spirit of the Virgin Mary: and was made man. He was also crucified for us, suffered under Pontius Pilate, and was buried. And on the third day He rose again according to the Scriptures. He ascended into heaven and sits at the right hand of the Father. He will come again in glory to judge the living and the dead and His kingdom will have no end. And in the Holy Spirit, the Lord and Giver of life, Who proceeds from the Father and the Son. Who together with the Father and the Son is adored and glorified, and who spoke through the prophets. And one holy, Catholic and Apostolic Church. I confess one baptism for the forgiveness of sins and I await the resurrection of the dead and the life of the world to come. Amen.

The Apostolic and Ecclesiastical traditions and all other observances and constitutions of that same Church I firmly admit to and embrace.

I also accept the Holy Scripture according to that sense which holy mother the Church hath held, and doth hold, and to whom it belongeth to judge the true sense and interpretations of the Scriptures. Neither will I ever take and interpret them otherwise than according to the unanimous consent of the Fathers.

I also profess that there are truly and properly Seven Sacraments of the New Law, instituted by Jesus Christ our Lord, and necessary for the salvation of mankind, though not all are necessary for everyone; to wit, Baptism, Confirmation, Eucharist, Penance, Extreme Unction, Holy Orders, and Matrimony; and that they confer grace; and that of these, Baptism, Confirmation, and Holy Orders cannot be repeated without sacrilege. I also receive and admit the accepted and approved ceremonies of the Catholic Church in the solemn administration of the aforesaid sacraments.

I embrace and accept each and everything which has been defined and declared in the holy Council of Trent concerning original sin and justification.

I profess, likewise, that in the Mass there is offered to God a true, proper, and propitiatory sacrifice for the living and the dead; and that in the most holy sacrament of the Eucharist there is truly, really, and substantially, the Body and Blood, together with the soul and divinity, of our Lord Jesus Christ; and that a conversion takes place of the whole substance of the bread into the Body, and of the whole substance of the wine into the Blood, which conversion the Catholic Church calls Transubstantiation.

I also confess that under either species alone Christ is received whole and entire, and a true sacrament.

I steadfastly hold that there is a Purgatory, and that the souls therein detained are helped by the suffrages of the faithful. Likewise, that the saints, reigning together with Christ, are to be honored and invoked, and that they offer prayers to God for us, and that their relics are to be venerated.

I most firmly assert that the images of Christ, of the Mother of God, ever virgin, and also of other Saints, ought to be kept and retained, and that due honor and veneration is to be given them.

I also affirm that the power of indulgences was left by Christ in the Church, and that the use of them is most wholesome to Christian people.

I acknowledge the Holy Catholic Apostolic Roman Church as the mother and teacher of all churches; and I promise true obedience to the Bishop of Rome, successor to St. Peter, Prince of the Apostles, and Vicar of Jesus Christ.

I likewise undoubtedly receive and profess all other things delivered, defined, and declared by the sacred Canons, and general Councils, and particularly by the holy Council of Trent, [and by the ecumenical Council of the Vatican, particularly concerning the primacy of the Roman Pontiff and his infallible teaching]. I condemn, reject, and anathematize all things contrary thereto, and all heresies which the Church hath condemned, rejected, and anathematized.

This true Catholic faith, outside of which no one can be saved, which I now freely profess and to which I truly adhere, I do so profess and swear to maintain inviolate and with firm constancy with the help of God until the last breath of life. And I shall strive, as far as possible, that this same faith shall be held, taught, and professed by all those over whom I have charge. I N. do so pledge, promise, and swear, so help me God and these Holy Gospels of God.
Posted by davidforster at 15:39