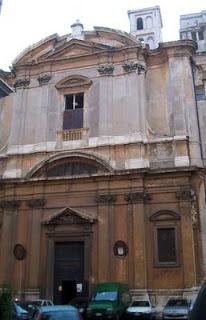 The old Station is at the church built towards 780 by Pope Adrian I, on the ruins of an ancient temple, in honour of the holy martyr Apollinaris, the disciple of Peter and Archbishop of Ravenna. A second station was added in 1934.

Daniel recalls the humiliation of the people of Israel who were delivered to their enemies "on account of their sins" (Introit and Epistle).

The Church also mourns over the bad Christians and the heathen, slaves of Satan and of their passions.
With Azarias, she asks the Lord "that all those who ill-treat His servants may be confounded, for it is with a contrite and humble heart that they return to God " (Epistle). She hopes that, faithful to His ancient and solemn oath, He will multiply His people like the stars in the firmament and the sand on the shore (Epistle). She already sees with joy the Paschal night when in the baptismal font numerous children are going to be born to her. She excites the penitents to true repentance and hope by relating the conversion of Magdalen the sinner, who throws herself at the feet of Jesus shedding tears of repentance, whilst the Jews, represented by Simon the Pharisee, remain unmoved.

Forming part of the people of God through baptism, we should humbly, like Magdalen, weep for our sins and generously expiate them. Let us therefore purify our bodies and souls by mortification and penance, for it is "by abstinence that we must heal our wounds made by intemperance" (Collect). 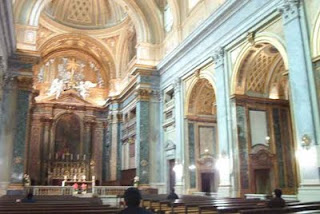 Omnia, quae fecisti nobis, Domine, in vero judicio fecisti: quia peccavimus tibi, et mandatis tuis non obedivimus: sed da gloriam nomini tuo, et fac nobiscum secundum multitudinem misericordiae tuae. * Beati immaculati in via: qui ambulant in lege Domini.
All that Thou hast done to us, O Lord, Thou hast done in true judgement: because we have sinned against Thee, and have not obeyed Thy commandments: but give glory to Thy name, and deal with us according to the multitude of Thy mercy. * Blessed are the undefiled in the way: who walk in the law of the Lord.
(Daniel 3:31 and Psalm 118:1 from the Introit of Mass)