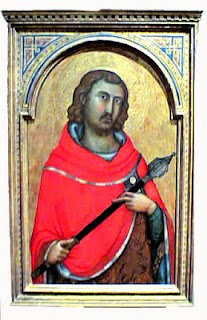 St. Vitalis, father of SS. Gervase and Protase, was put to death at Ravenna under Nero about 62 A. D. Having been tortured on the rack he was thrown into a deep hole and stoned to death. A church was consecrated to him in Rome: the Station is held there on the Friday in the Second Week in Lent