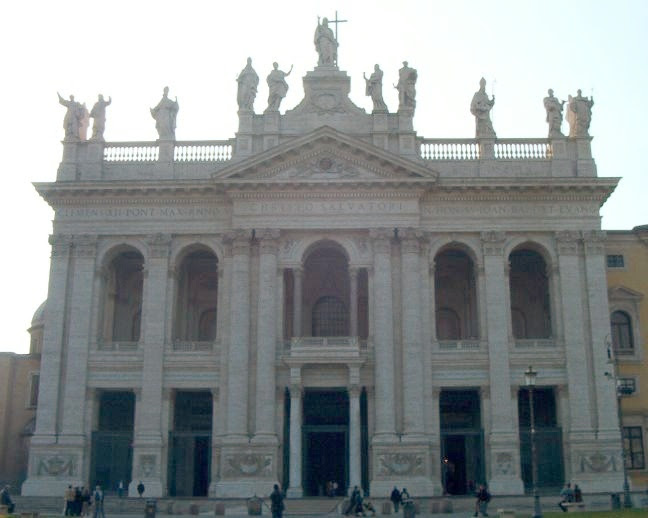 
On coming out of the baptismal font the neophytes were given a white garment as a symbol of the effects of baptism on their souls: "All you who have been baptized have put on Christ" (Communion). They continued to wear it until the day known as "sabbatum in albis depositis," the Saturday on which white vestments are laid aside", because on that day, at St. John Lateran, their baptismal robes were taken from them.

The Church, seeing "those new-born babes" (Epistle) gathered around her, asks them by the mouth of St. Peter, her head, ever to drink the spiritual and pure milk of the true doctrine. And in that basilica, dedicated to the holy Redeemer, she reminds them that their souls are the living stones of a spiritual house of which Christ is the corner-stone. The Gospel also shows us the Prince of the Apostles, who even before St. John, realized the Resurrection of Christ, of which he is to be "witness to the whole Church". 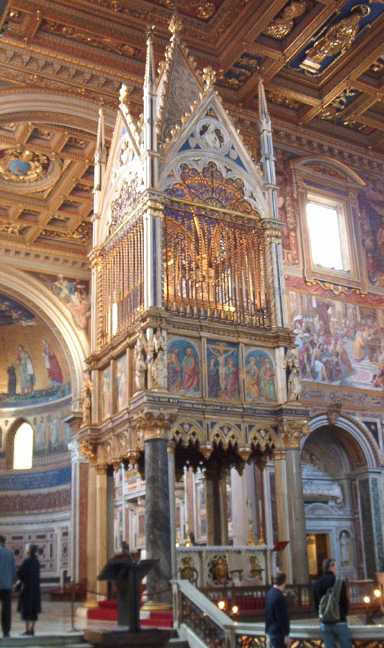 Eduxit Dominus populum suum in exsultatione, alleluia: et electos suos in laetitia, alleluia, alleluia. * Confitemini Domino, et invocate nomen ejus: annuntiate inter gentes opera ejus.
The Lord brought forth His people with joy, alleluia: and His chosen ones with gladness, alleluia, alleluia. * Give glory to the Lord, and call upon His name: declare His deeds among the Gentiles.
(Psalm 104:43 and 1 from the Introit of Mass)